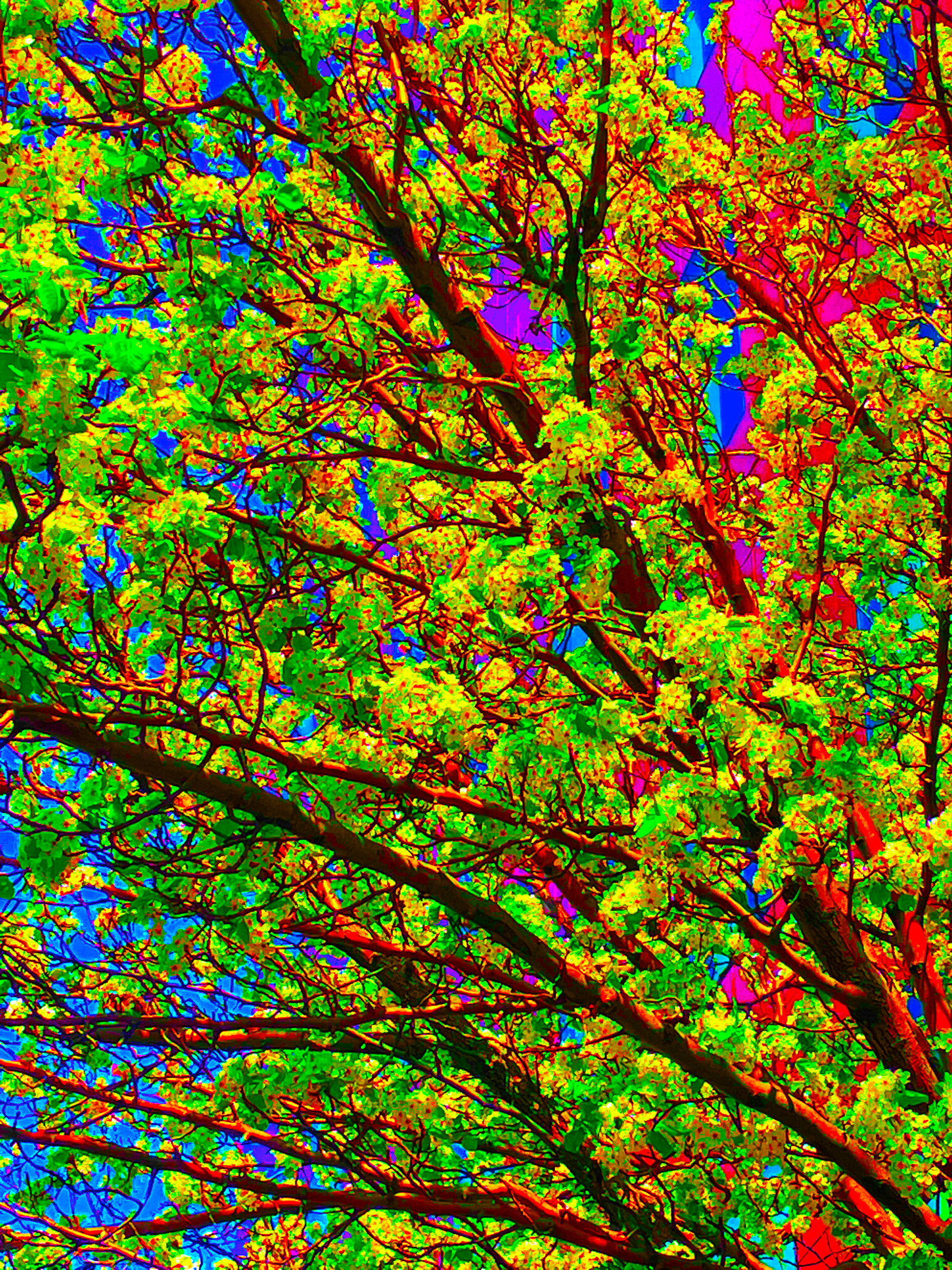 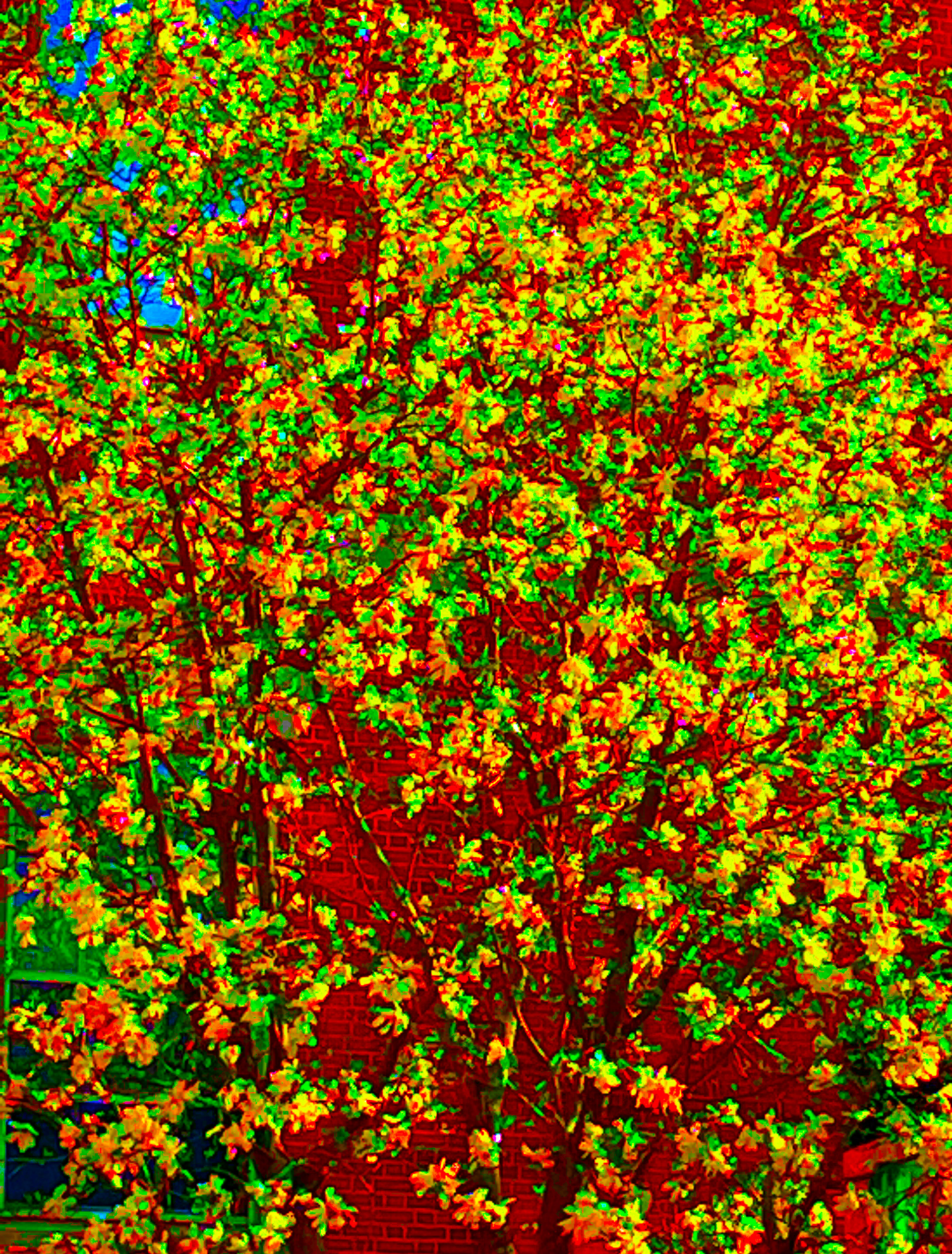 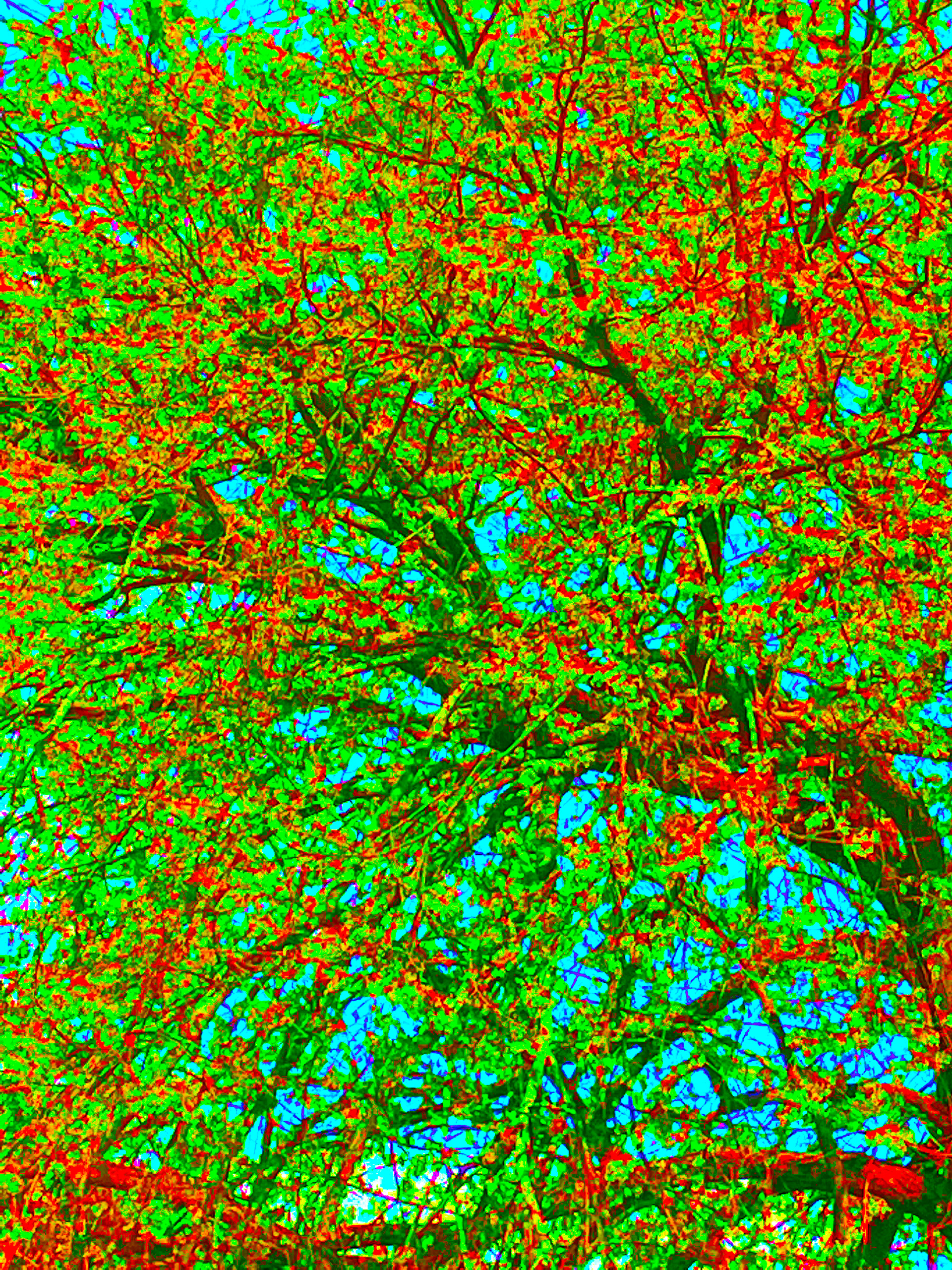 Saturated pattern undermining the grandness, colossal size of this model with smaller, tiny forms giving the illusion of a tiny amalgamation. Saturated colors make fun of drab, pale coloration. I observed patterns in nature, especially trees, giving the illusion of small components. I noted trees were something natural, the opposite of the geometric, structural, digital forms. The natural forms contrast organic, flowing, variable forms to geometric, exact, measured forms. Skylight and sun gave a greater saturation, adding to the materiality and color. I increased the saturation and vibrance of the base image in Photoshop.