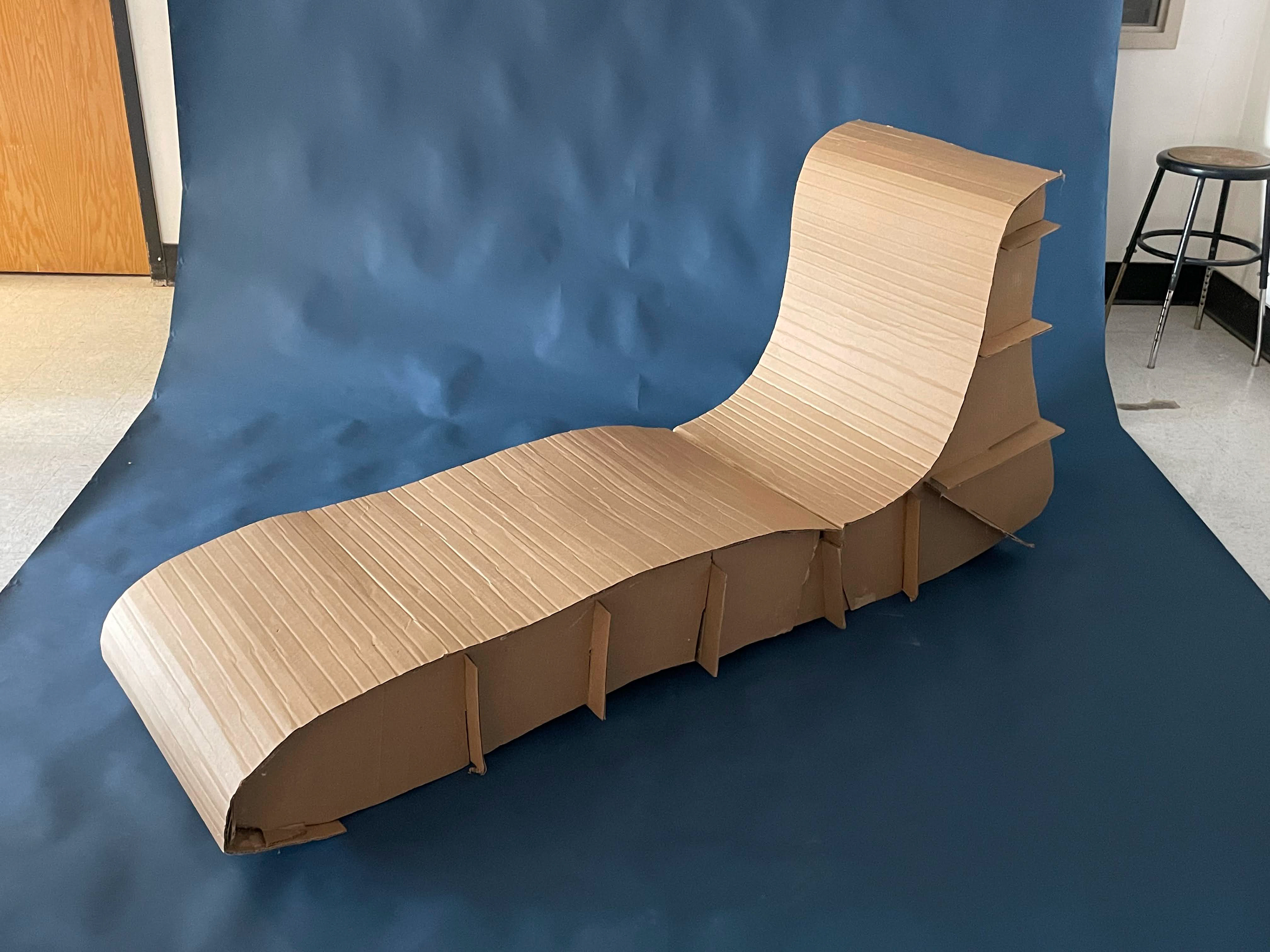 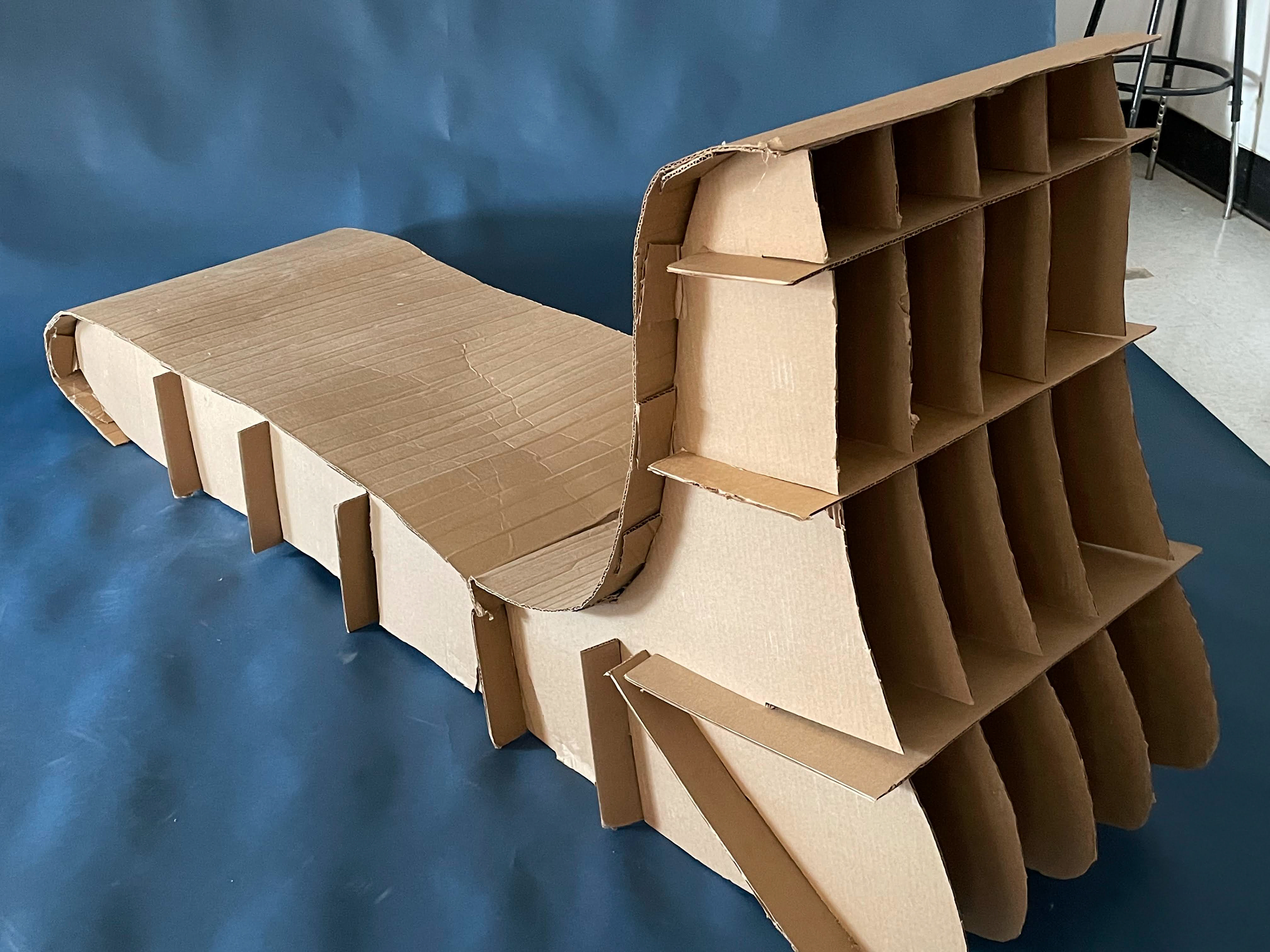 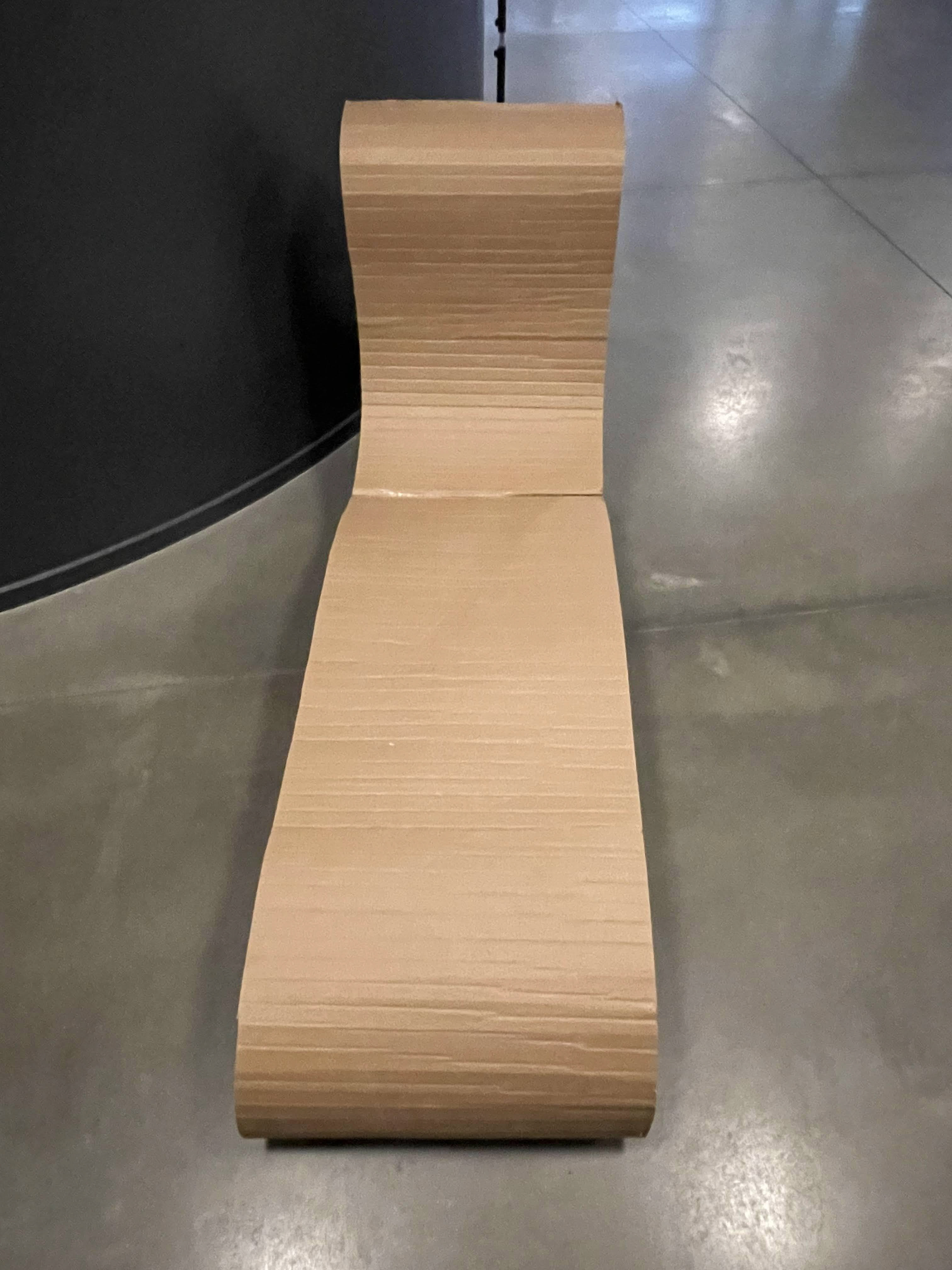 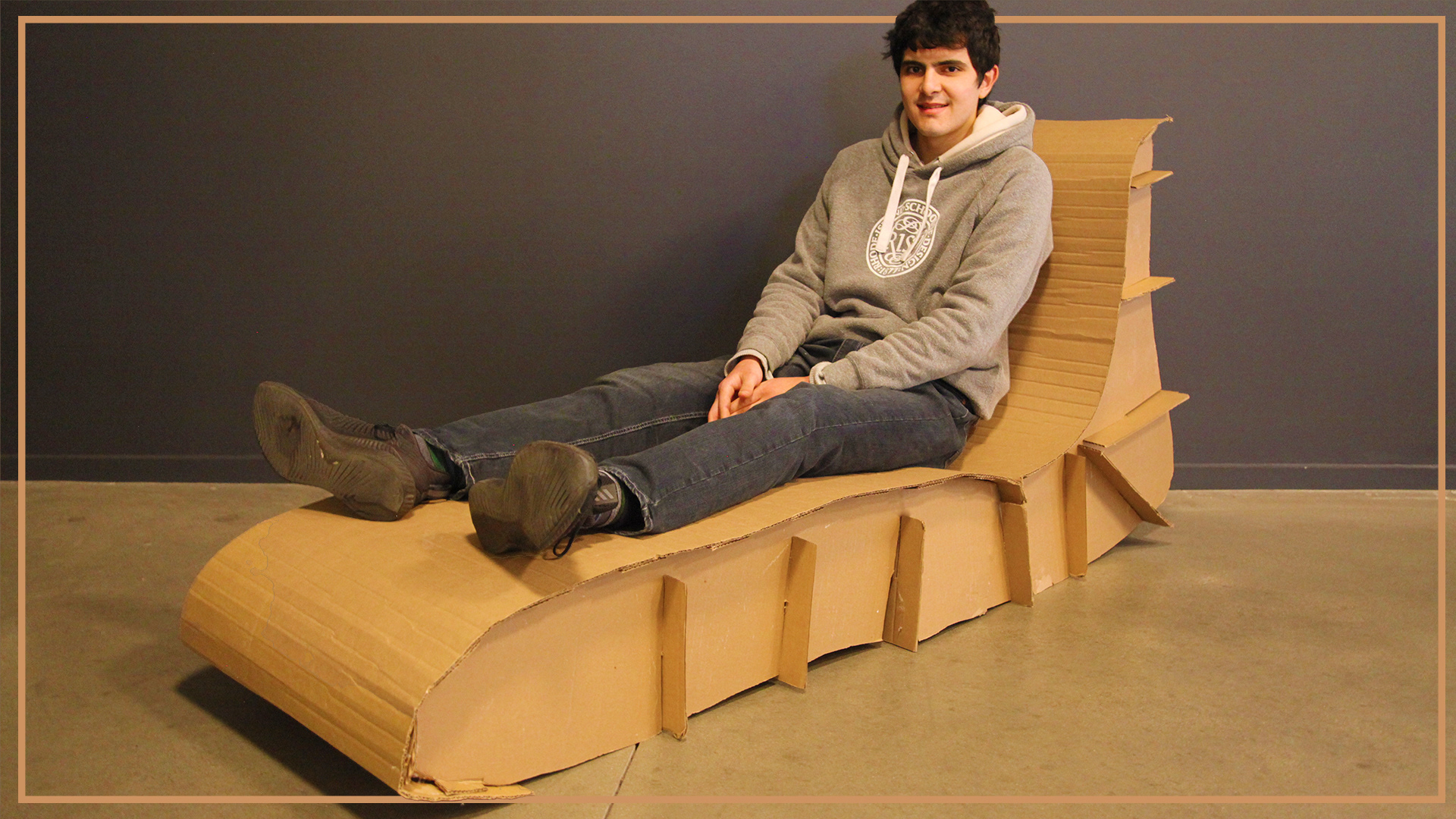 3-week project
This chair was inspired by a nature lab object: an Isopod, or deep-sea crustacean. It was inspired not only in form but the fragmentation and segmentation of the chair parts, which was the element I was trying to emulate. The intention was to make it comfortable, large, and encompassing the whole body — chill, cozy, and big. I researched Nature Lab objects such as shark jaws, impala horns, and an isopod, and I chose the isopod due to form and structure while also being challenging. It went from cylinders in the proof-of-concept to horizontal and vertical lines, simplified to be strong and not include glue. The perpendicular lines go over the shoulder, chest, bottom, knee division, lower leg, and foot division, with each line having a reasonable justification. For the process I designed five horizontal structure lines with cuts for perpendicular cardboard strands to fit. I used tacky paper glue to fix one of the issues I faced with a design choice of the arch, which was unusually strong in the ¼ scale model but did not work in the full-size model. The arch was found to be structurally inefficient as the pressure was found to be intensely directed toward the and thus, I had to add additional cardboard to fix those issues.
Pressure directed intensely toward the area of the buttocks.
During the process, I learned:
Cardboard cutting and using the boxcutter knife
Gluing with paper and other types of glue
Conceptualization
Problem-solving and adaptation
Perseverance amidst difficulties
Making cardboard strong and taking advantage of the properties of materials
If I had more time, I would add:
More reinforcement
Cuddling arms similar to an isopod
Spray paint
Use paper glue for all the parts instead of a bit of hot glue
Process
(1) Isopod, deep sea crustacean, form studies translating the structure into a chair, analyzing possible functions and extensions in different views.

(2) Creating justified measurements for the segmentation of the chair, over the shoulder, chest, bottom, knee division, lower leg, and foot division, with exact measurements based on limitations of cardboard size. Different views and measurements including proportions.

(3) Proof-of-concept using cylinder-like bases glued together in different divisions. Later, I tested a different method to glue the divisions together with a right and left side pattern that was more efficient and aesthetically pleasing.

(4) Small-scale tests of how the parts and divisions would fit together.

(5) 1/4 Scale Model made using chipboard. The place where the bottom rests was rather strong yet when made in the full-scale model it was not able to handle the pressure, leading to a redesign.

(6) Full-scale blueprint with divisions to be made in cardboard.

(8) Parts with divisions based on blueprint cut up and divided into various pieces to be glued later on.

(9) The gluing process was hard and took a long time, toil, and patience while gluing the cut-up pieces in their place.

(10) Given the issue with the pressure applied at the bottom part, an extra support structure was made to fit into that part to reinforce and handle the pressure.

(11) I used tacky glue during the gluing process.