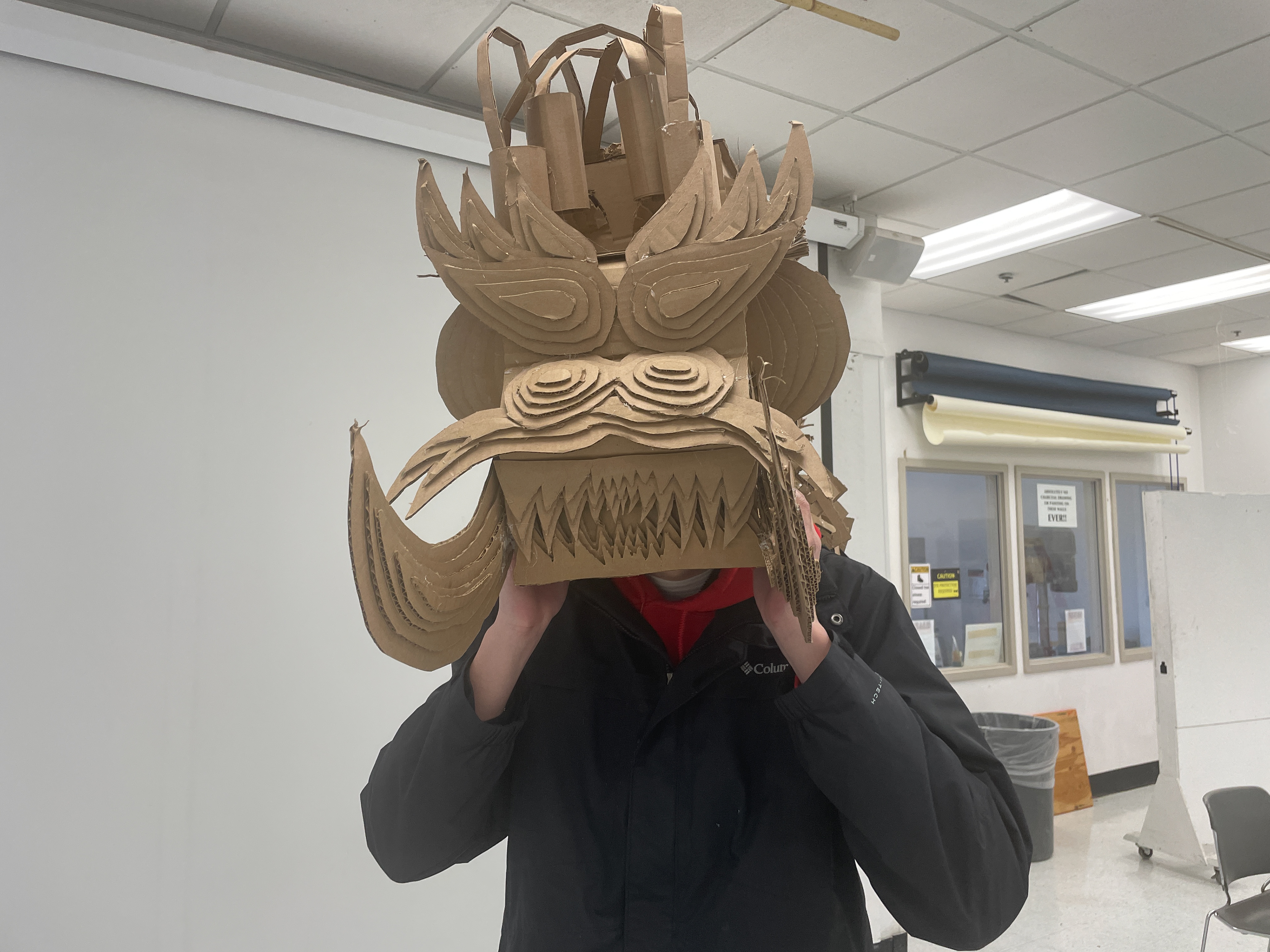 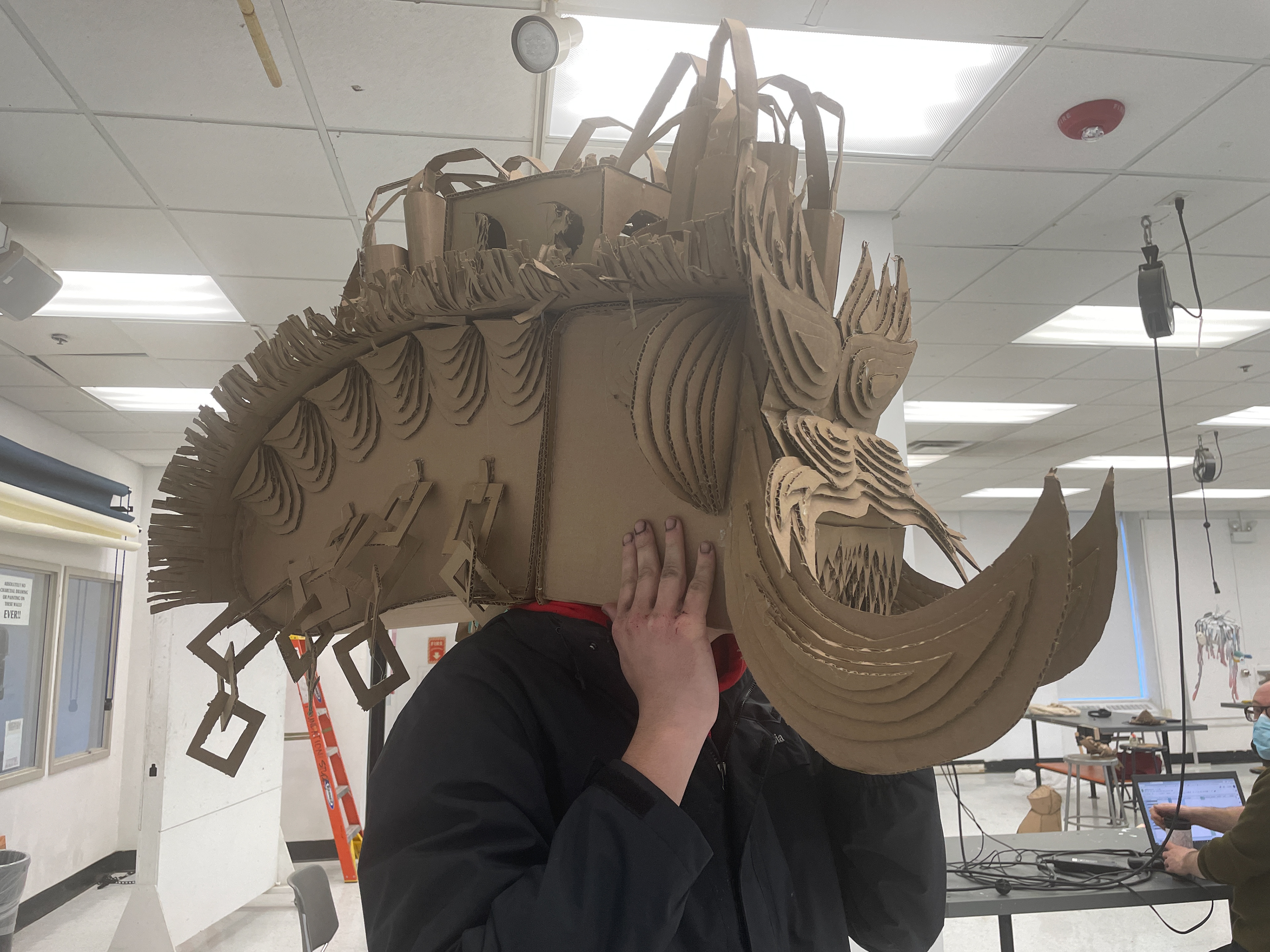 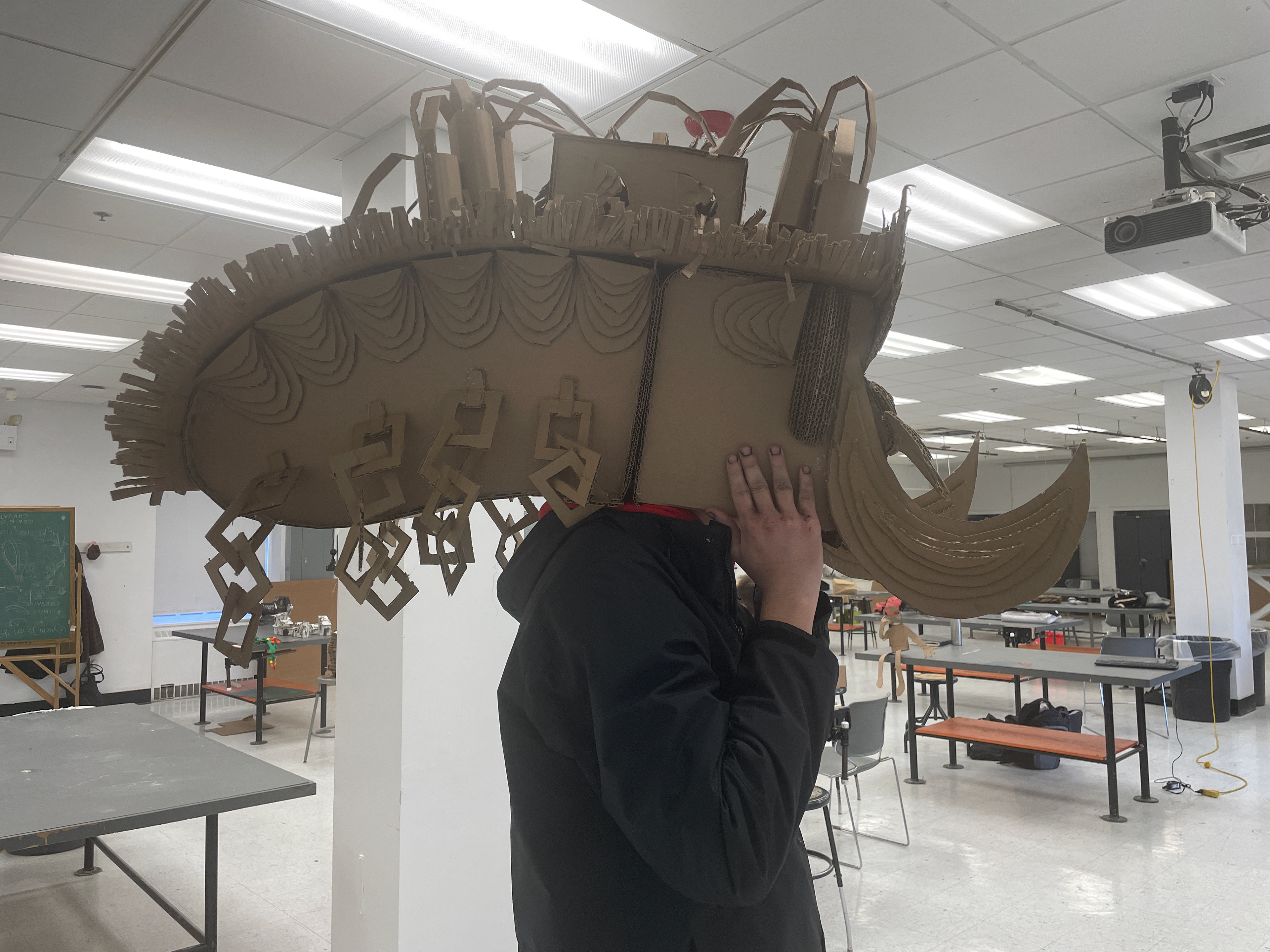 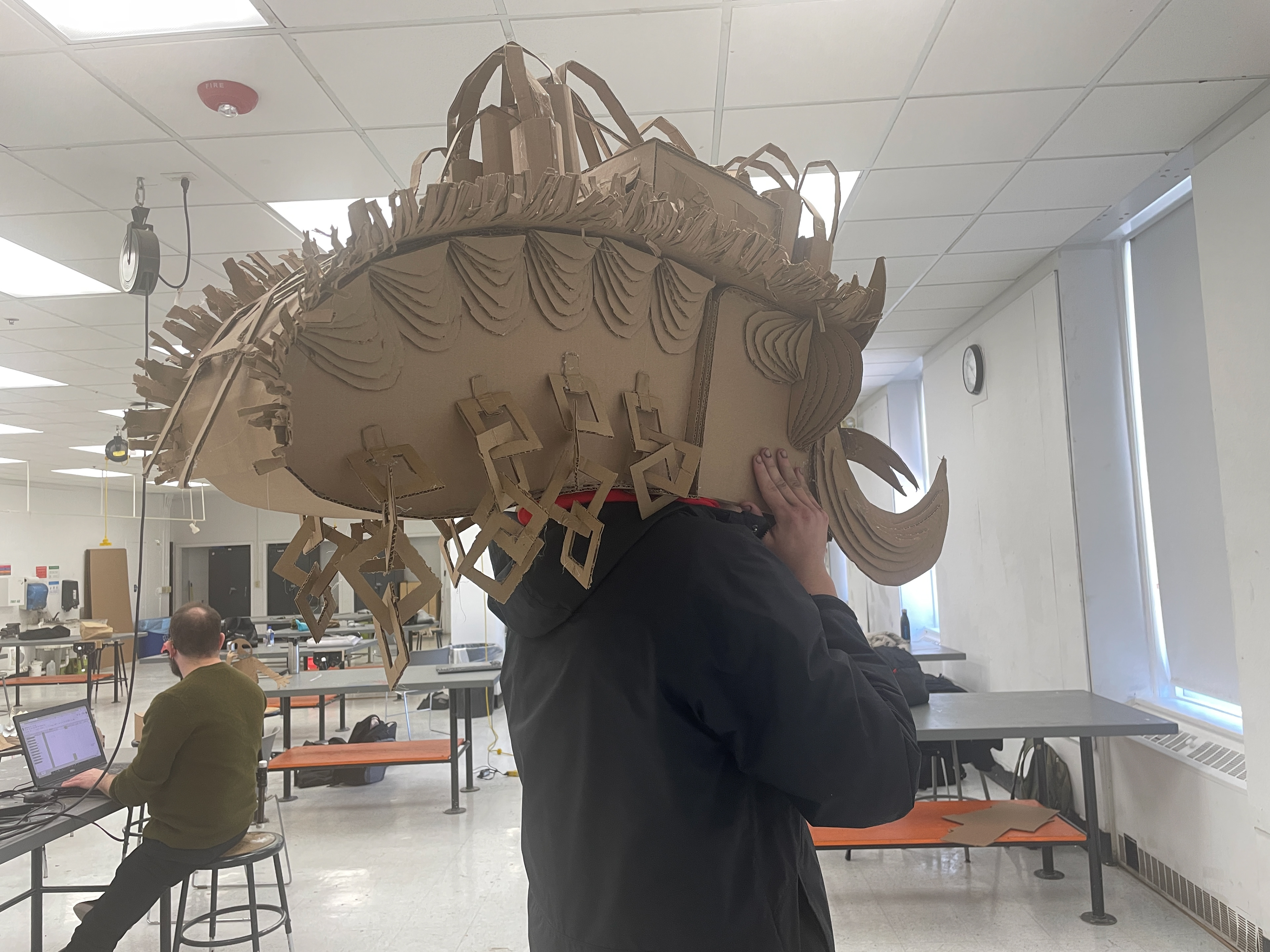 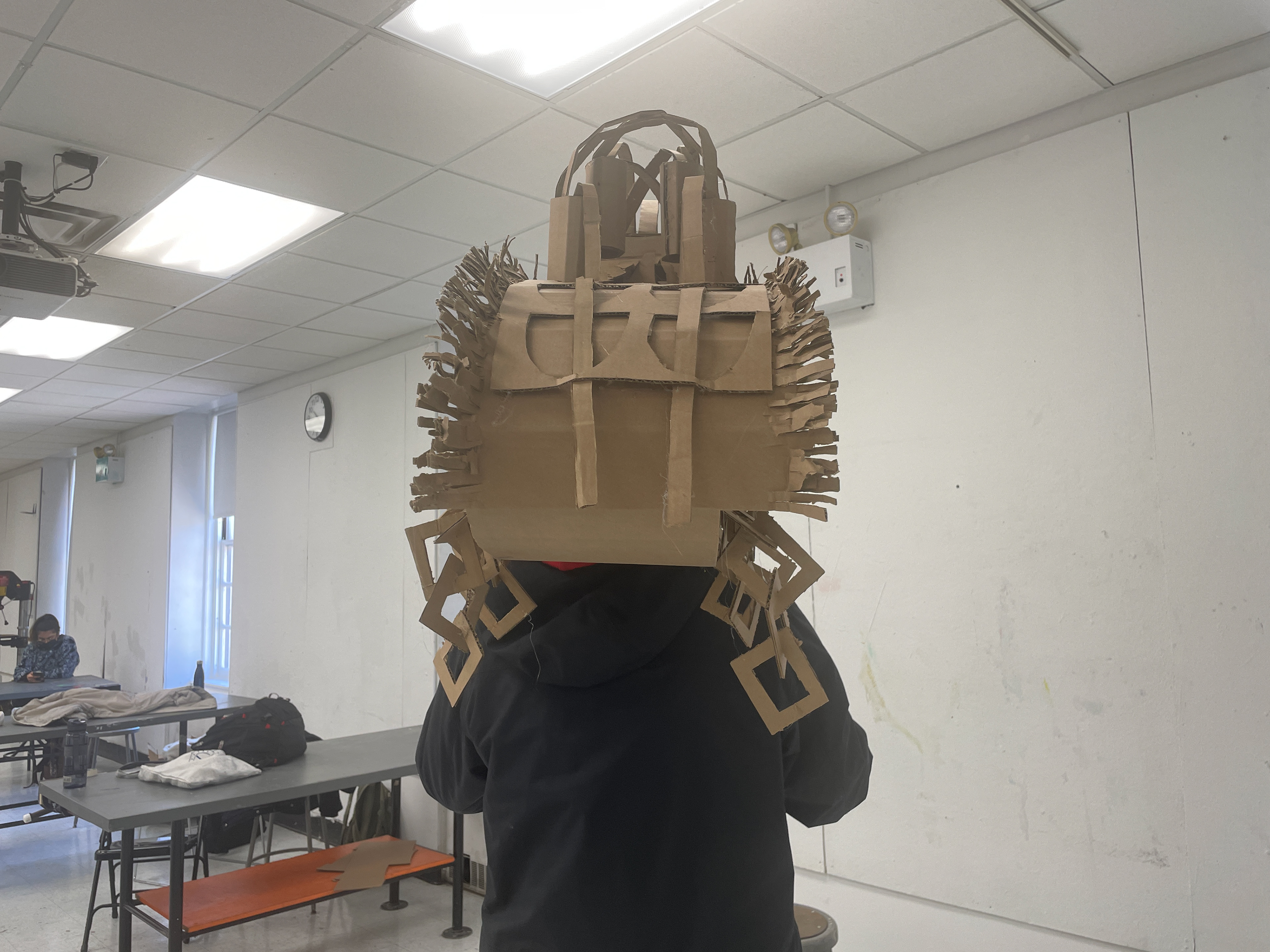 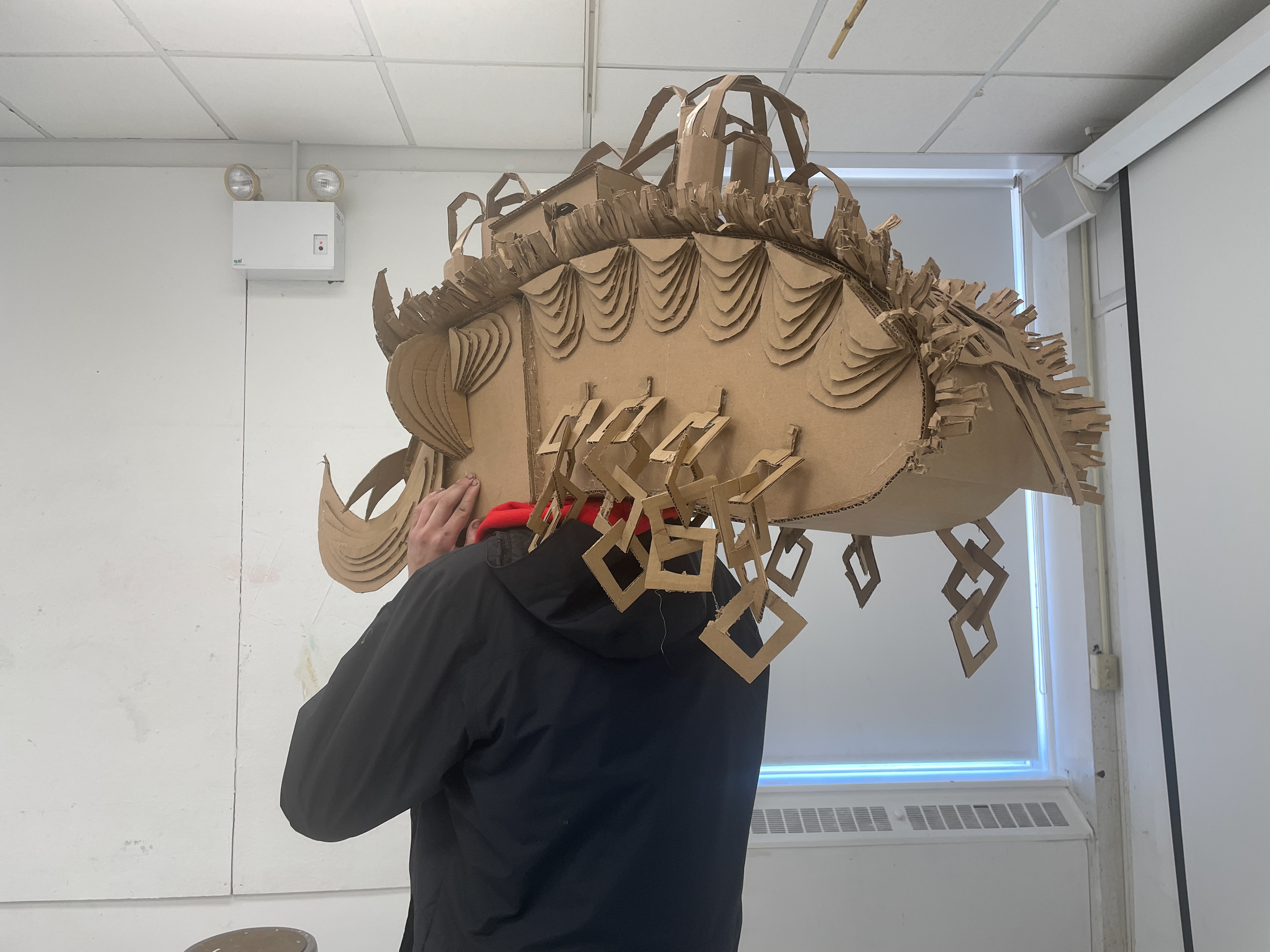 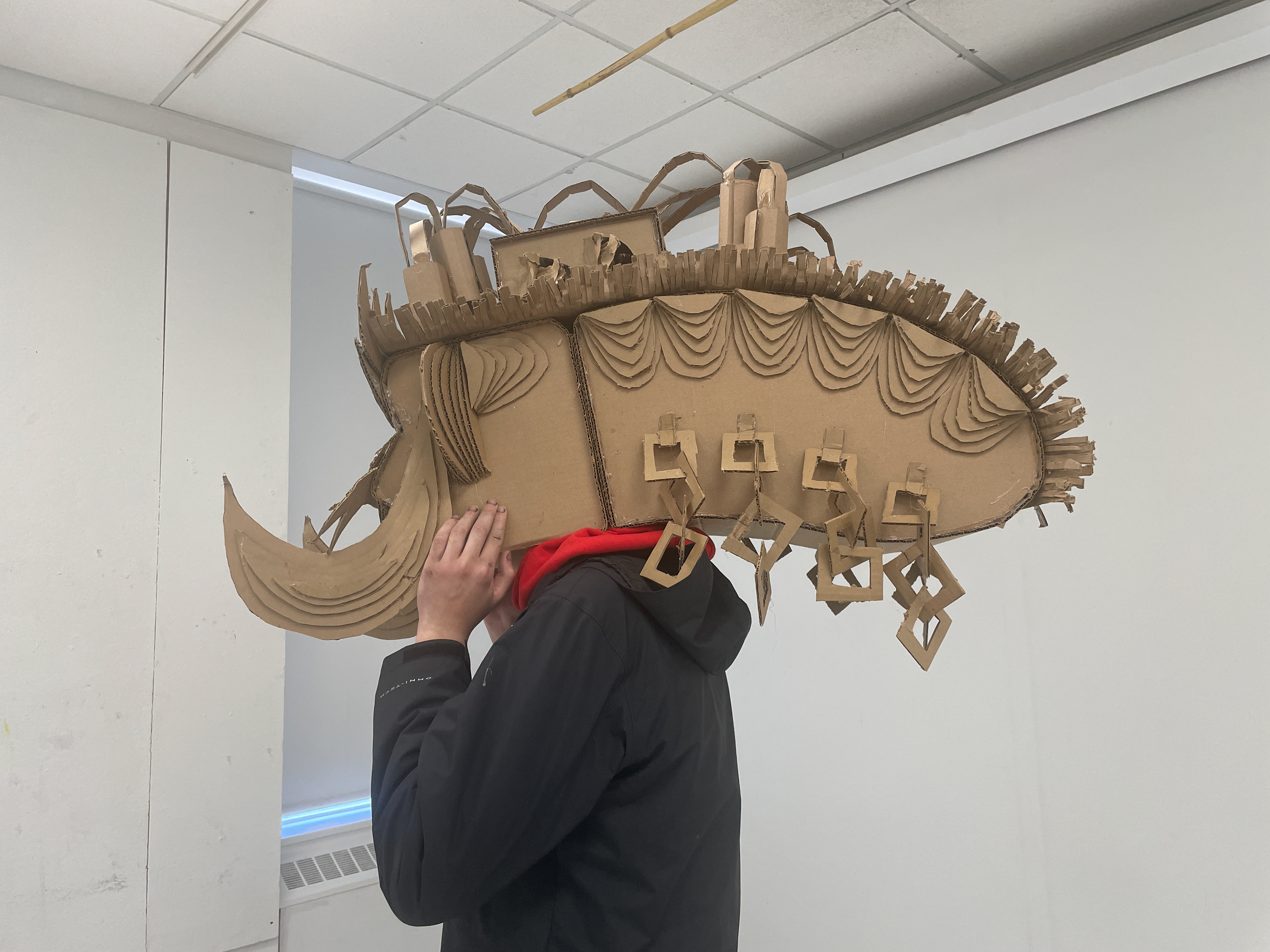 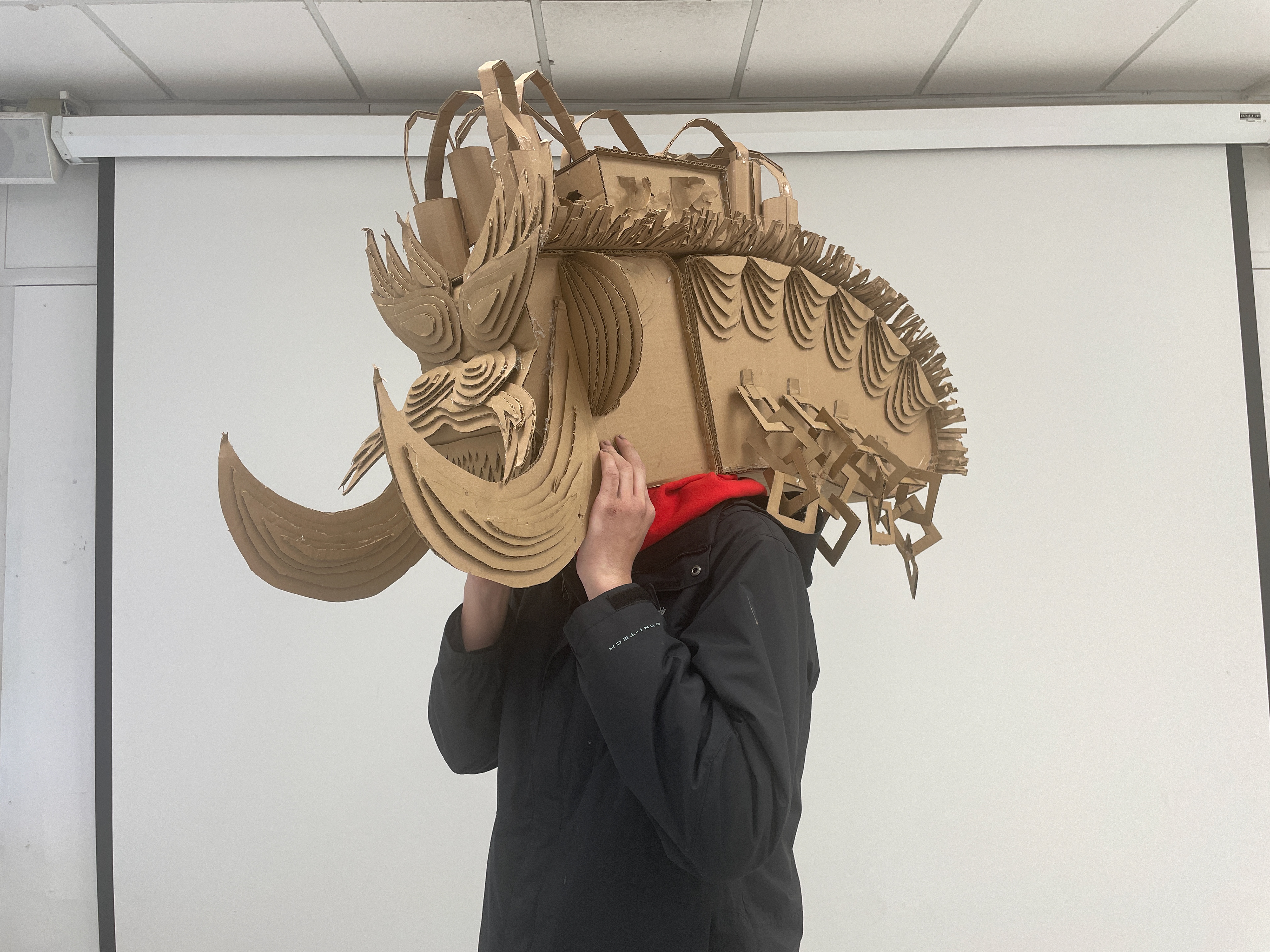 The prompt was to design an avatar, a reflection of our identity. I pondered and came up with numerous ideas. I decided that I would create a mix of concepts in this avatar. First, I wanted to choose an animal that represented myself, and I chose a dragon, as they are giant, powerful, and fast, meant to represent an intense work ethic. I also wanted to incorporate other concepts such as the Xenomorph from Alien, whose extended skull I wanted to use as the foundation for the head. I was also inspired by the diverse styles my classmates created during the prior class, and I combined these to make a mix of styles. I designed all the cardboard parts, measured the dimensions of my head, and assembled them.